So after three months of hard work, Greg Benson and I have our first big podcast episode out there.  It’s been hard work, but we believe that this thing really kicks ass.  Check it out:

As always, thanks for reading!

This one’s a series of object studies had during a cigar and beer night!

Check out Photography for the latest gallery

So we’re just about to head into February, and Avalanche Theatre is rounding out our first month of Kickstarter fundraising with about $1600 out of the $10,000 we need to fund the season.

I would like to set a goal of $2000 per week raised for the Kickstarter, starting this week. I think we can do it.

There’s a safe mix as well. Whatever you can give, give at your ability. I am issuing my newest $2000 challenge. I think that together, we can definitely achieve that.

Thanks again for reading!

The Kickstarter for Avalanche Theatre Company is up and running!

Check it out over at http://www.kickstarter.com/projects/586208974/avalanche-theatre-company-what-is-living-without-0?ref=live

Here’s a great turkey day article on things we might consider Anathema, by Jon Jon Johnson of Avalanche Theatre Company!

Chapter 5 is ready for your reviews!.

This is on my ‘witches of iz’ site, and I would love your feedback on it!

Check out Jon Jon Johnson’s take on Joy and the theatre.  He’s working on Six Characters in Search of an Author right now over at WSC Avant Bard, and his post is a pretty cool reminder of something that working actors can forget pretty easily.

Are you ready to rumble?

If you’re a DC fringe goer, you might recall a couple of shows; Sarah Kane’s Crave in the 2011 festival, and Despertar in the 2012 festival.  Having done two years of fringing, Avalanche’s creative team was ready to make the jump to a full fledged company, and brought me on.

The company catchphrases is ‘as subtle as,’ which I find fits my personality.  I’ve always wanted to ‘one day’ have a theatre company, and so, when Jon Jon and Liz asked if I would be interested in co-directing their company, it struck me as an excellent opportunity.

How an avalanche strikes.

Why Run Your Own Company?

There are many reasons to run one’s own company, many good, many bad.  Many folks do it so they can select their seasons, which I think is one of the primary (and most legitimate) reasons for founding a theatre company.  It’s a chance for people like me to use all their skill sets at once, rather than work as a token skill set for another company.  For me, it’s a chance to create art in a dynamic, fresh environment with a supportive team.  It’s also a chance to continue developing my theatre admin skills while at the same time getting to flex my creative muscles.

We had our first official meeting as a board yesterday, and we’ve got a slew of exciting plans coming up.  I won’t say what they are just yet, but… you should be excited.  I know I am.

How Do I Find Out More?

A good question, faithful reader, and one that I am prepared to provide links for:

Hey all! So I’m working on this show,

yeah, guys, I would, but… not a video content site yet. I’m so cheap! so, for now, we have links:

Talkback footage from our second draft:

My marvelous GF introduced me to this awesome song.  Six months after, still jammin’ to it.  Though I love this song, I won’t be doing this anytime soon: 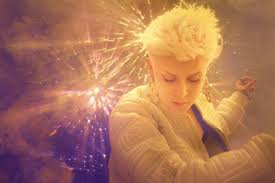